The God of Sleep 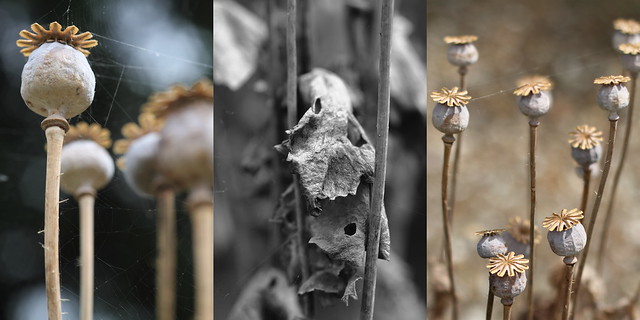 When I was a child of eight or so, I remember dreaming about drinking whiskey. I knew that spirits were bad for you and yet also something special. And as such, in my dreams, a nice scotch tasted somewhat like liquid ice-cream.

By the time I was fourteen, I had already been ill for two years. I had crippling attacks of muscle and nerve pain. Aware that no doctor wanted to help me, I did my best to blank my mind during the worst bouts. I tried to think about the colour black. Surround myself in a never-ending night. Floating above the pain.

I remember a talk by an ME “expert” at the hospital school I attended. Asked how I coped with pain, I said to the audience about my technique...emptying my head. “Of course, that’s easier for some people...” I got a laugh. I felt euphoric.

But I didn’t cope well with the pain. I spent nights awake, I would hit my leg repeatedly and hard enough to send a wave of tingly numbness over me. I took more than the recommended dose of paracetamol, aspirin and ibuprofen. Later, desperate and searching for some respite, I’d start having a small drink with the pills. Nothing deadly. Although a few years later, my stomach might disagree with that.

My GPs were terrible and I was scared of them. My friends at the hospital school all knew about being branded a drug-seeker. We knew what sort of a future that led to.

It was thanks to Deborah - her borrowed strength, bravery and wisdom, that led me to first experimenting with Co-codamol. The fizz and astringency followed quickly by a lovely light opiate blanket. Feeling the muscles relax. My family and I moved house and I asked the new GP about taking a stronger dose. This was a monumental psychological shift.

Our culture celebrates those who break the pain barrier, who withstand agonies with a quip and a grin and who, when shot in the shoulder, are not only spared incapacity, but who are then gifted with just enough adrenalin to waste an entire bus-load of bad guys. No one writes books about people who sensibly take a few tablets and have a lie down.

This has always been the case, and there’s a good reason - no one wants to read a book about me taking my tablets and having a lay down with season three of The Legend of Korra on DVD. And that’s fine - books are important educators, but only when they don’t send people to sleep.

The problem is that, in the UK at least, there has been a political shift which echoes time and again the phrase ‘Hard Working’. The only good person is a hard working one. And I’ll let you into a very personal secret - the one piece of praise I crave more than any other is being told that I’ve worked hard at something. It gives me a massive glow of happiness. But the problem is that the ways in which I do work hard are not the ways politicians mean it. And scarily, their definition has seeped into the bedrock of society. Indeed, there are times when it seeps into my brain.

As such, not only is the story of me taking my tablets terribly boring, it has become morally incompatible.

Last year Deb and I got our own bungalow together. It is, without a doubt, the best thing that’s ever happened to us. We’re very happy here and everything in the garden is lovely. However, the physical and emotional tolls the move extracted from me left me in quite a poor state. I had already progressed from Co-codamol onto Dihydrocodeine. But talking to The Most Lovely Doctor in the World ™, I was presented with the option of morphine.

In my mind, Morphine had been akin to my childhood imaginings of whiskey. I had wished for it in the nights. I knew that it was not good for you, but it was effective, mesmeric and addictive. Being a classicist, I knew all about Morpheus, the god of sleep. Being a fan of a good Western, I knew about Laudanum and the opium dens of the past. I knew that this substance carried the weight of many cultures. For some reason, it should have been a much bigger step.

But by this point, it really didn’t seem it. As a child I would never have dreamed of snaffling a snifter of some spirit hidden in the back of a cupboard. I’ve never smoked or taken illegal drugs. Now, though, the idea of just trying something to see how it goes makes absolute and perfect sense.

What’s more, I have learnt that, by taking my morphine, I heal more quickly from my worst bouts. I am able to sleep properly, I can relax and breathe. Deborah has to expend less energy in her care of me. It is all wonderful.

If I were ‘Hard Working’, I would achieve much less, suffer more and so I would also take more of Deborah’s already limited time and energy resulting in her also achieving less. “Hard working” is one of the biggest lies told to us by politicians. Balance is the thing we should aim for. But balance is the boring story. The problem is, it’s also the only way anything great and sustainable can ever happen.
Posted by Stephen at 00:16