Zombicide Survivors with Impairments - The Team (03)

For more on why I was inspired to create a Zombicide team of Survivors with impairments, read my first blog post in this series. For a description of the process I went through to come up with the appropriate rules, find the right miniatures and the steps I took to modify them, read my second blog post.

To download full size versions of any of the ID or equipment cards on this page, please click on them for the Dropbox files.

And finally, please let me introduce you to the team...

Need a tastefully restored German automobile? Before the apocalypse struck, you didn't have to look any further than Vee. Many a petrol-swilling land yacht were reborn under their spanner. But Vee's favourite was always the divine Volkswagen. Nothing could scupper that deep love – even after more than a tonne of Beetle came down on their arm. While recovering in hospital, doc's running through the “It isn't the end of the world” spiel, the actual end of the world came. But a bright person with all the mechanical knowledge in the world is more than a match for the walking dead. Vee fashioned a new arm from the innards of the car who took the original and they're now tougher than ever. Zombies lean in, expecting the sweet taste of bicep and come away with nothing more than a lick of premium engine oil. 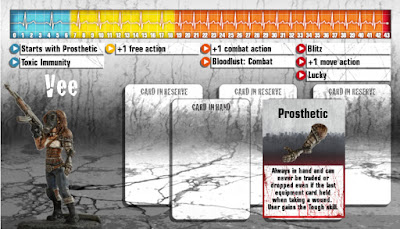 Moira grew up with privilege and wealth. She played hide and seek amongst the Constables, her football pitch had been landscaped by Capability Brown and by the age of nine she was a crack-shot with a 12 bore. But she was never allowed to socialise with the other gentry spawn. Her parents were worried that her differences would mark them out as something less. And the more you have, the more you fear the loss of it. So Moira grew up lonely, listening deeply to the world around her, never understanding the people who did things so strangely whilst the best doctors were paid handsomely never to mention the word 'Autism'. Although some complain it's not easy to be around Moira, those people are now mostly Zombie chow, because Moira understands the way things are going better than anyone. And the old pile has a well stocked gun room. 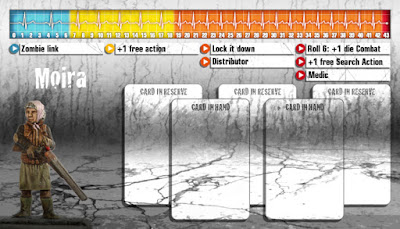 Slight and pale, people underestimated Anya for years. Then she got sick and never recovered and what little respect was left disappeared on the breeze. But the thing is, the more you lose, the smarter you have to be with what you've got left. And Anya got really smart. When the zombies came, she'd already got a nice little stash of supplies around her. Not to mention a collection of contacts who appreciated having her tactical expertise around. It's true that she doesn't have much staying power for a fight, but she's a bedrock for her fellow survivors who become a whirlwind of Zombicidal carnage around her. 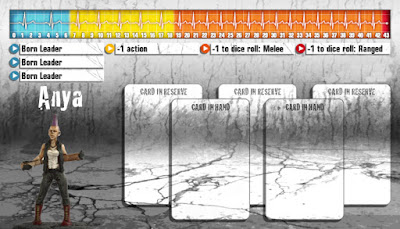 Susannah's a bit of a mystery. No one's nosey enough to have asked what stopped her walking. She's certainly never bought it up. And you might think that having to wheel her around might put an abomination-sized dent in her popularity, but that's because you've not seen her with a firearm. Perched in that rather rickety wheelchair, Susannah becomes a pavement-based gun-ship. An astonishing number of clips and shells are stuffed down her rather frayed cushion and the chair handles are perfect racks on which to sling rifles and shotguns. For a laugh, Susannah once attached scythe blades to the rims. Which says everything you need to know about her sense of humour. 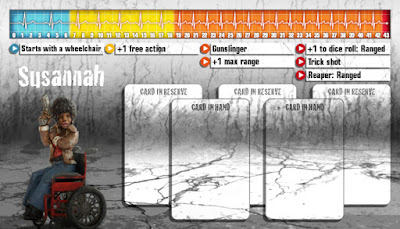 Neek's sight has been deteriorating ever since she was a kid. When the zombies came, she struggled, listening to groans (and screams) in the dark. Thankfully, she was in the hospital at the time and met up with Vee. The pair looked after each other for several weeks – Neek a strong arm for Vee, Vee sharp eyes for Neek. But then, one evening, Neek heard a whimpering outside the garage. They obviously weren't the only ones to have survived the apocalypse. Neek and her Pupper bonded almost instantly. Together they're a deadly combination. Other survivors use dogs in this bleak new world, but none of them are so efficient a team. Neek and Pupper have been known to fell entire herds of the living dead. Do not underestimate them. 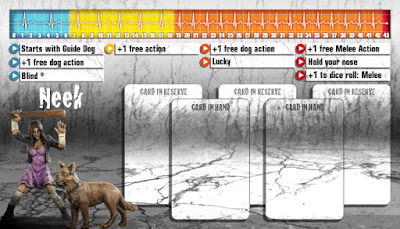 Amir had a tricky life before the zombies came. He suffered through the racist idiots of his youth only to see the whole ridiculous mess coming around again in his later years. After the second note through his door requesting that he go back to where he came from (and, really, who wants to go back to Slough?) it was almost a relief to see the dead come back to life. Sure they wanted to eat his brains out through his face, but at least they didn't care about the colour of his skin. And after a lonely few years after the death of his wife and the inescapable spectre of his declining health, he suddenly found a group of survivors to call friends. Maybe even family. Now he wades into the fray with 'Old Faithful' – his walking stick whose squidgy rubber ferrule he removed in favour of a sharpened steel point. With a lucky jab he's been known to take down even the angriest Berserker Abominations. Never underestimate a walking stick. 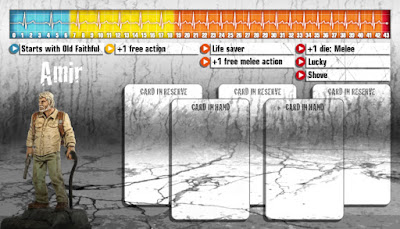 Joules is a survivalist at heart. She knew that the worst was coming and, like all the best people, worked out a plan. And part of that plan was moving right next to a military base with surprisingly lax security. When the sirens were blaring and people were dying, she made her way to the armoury and procured for herself a rather nifty bag of tricks. Of course, every survivor knows that you can't just blow away every gnawing monster of doom. Stealth and slipperiness are at least as important. And growing up with a very visible disability, Joules has an instinct for making herself invisible as possible. Many's the time when an entire herd of walkers have passed her by, or she's waded into the fray knowing that she can slip back out at a moment's notice. 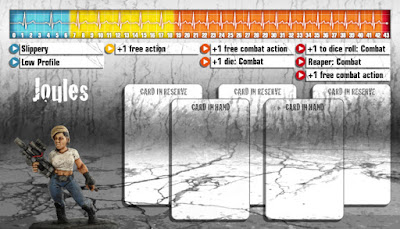 Blind: A survivor with visual impairment only ever hits with a ranged attack on the roll of a 6. Range is only ever 0-1 even if the original ranged weapon has a higher range to begin with.
Possible addendum to this skill – a person with the Blind skill can only move when they have a Guide Dog or Companion in the square with them. 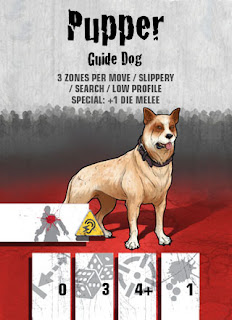 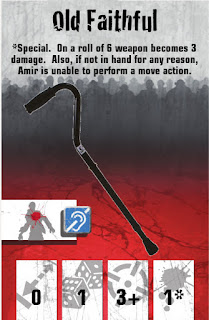 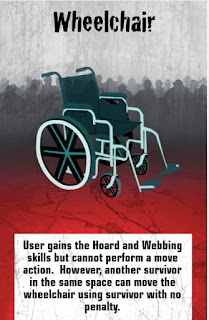 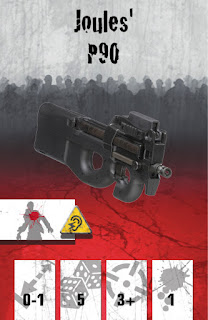 Thank you for reading and enjoy yourselves!