It’s always wise to state basics. So here we go.


According to the statistics, 42% of adult males (like what I am) do not read for pleasure. Because of this, World Book Night, an initiative designed to help boost the cause of reading all around the world, is specifically targeting its efforts towards the hairy-backed half of humanity.

How kind! As a man, I so often feel that the world doesn’t do enough for me. I do have a few questions, though...

Why, if you’re wanting me to read more, are you cutting down the number of female authors you’re promoting with your night of books? Is there a problem with me reading the delicately typed prose of a fragile little authoress?

I guess this, in all seriousness, is the reason - that, as a man, I will be put off reading if it has a feminine voice, or perhaps focuses on female subjects. A book about posies and nosies and kittens and the like.

Romance. Mills and Boon.  You can just tell that's what they have in mind.  But lets look at the lovey-dovey genre.  For one thing, I am sure there are a huge number of female romance authors. But look, I’ve known a few romance authors who were, in actual fact, men. Great big hairy men writing about romance. Can you even fathom it? 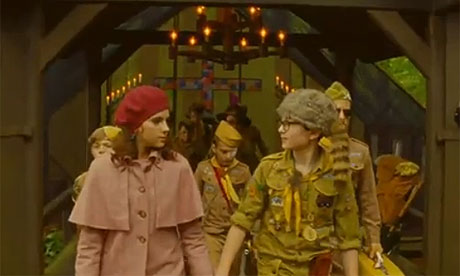 Me being a man, I like war! Especially the really mucky ones, like the First World War. That was a great war! There were rats and shell-shock and people being blown up and stuff. Now that’s manly, that is!

And what’s the best book about the first world war? Birdsong, right! Wrong. Despite having been written with the help of a full beard, Birdsong has a horribly torturous “romance” (in the genre sense alone) plot line which sours the entire text. It is a mess of a book I truly wish I’d never had to read. But I did because there was no other way of getting an A* in my English Lit A-level.

I do not want to encourage anyone to read Birdsong, but I do approve of listening to Bird Song.

Talking of that A-level, you’ll never guess what they made me do. Go on, guess. I was supposed to be reading a collection of WWI literature and what did they give me? Only a book by a woman! A woman! Can you imagine it! They didn’t even invent women until 1928!

But Pat Barker is a clever lady writerette. She must have imagined what it was like in the trenches and wrote, not one, but three whole books about it. Each book is five thousand times better than Birdsong. Which I guess makes Pat Barker fifteen thousand times more manly than Sebastian Faulks. Imagine what an amazing beard she must have grown! 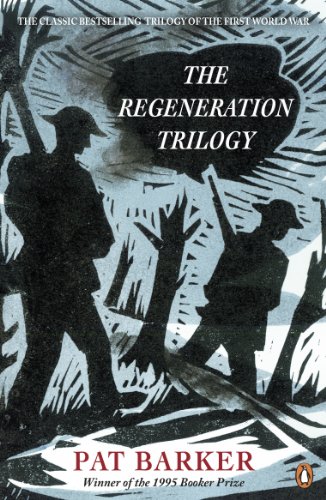 The Regeneration Trilogy.  So manly you could shave with it.

Oh it’s all so frustrating! Being rather a sheltered soul, I’d never come across this kind of attitude before a few years back. I remember Deb asking me about childhood prejudice against female authors and I thought...why would anyone be bothered about who wrote their books? Yes, I believe there’s such a thing as a feminine voice, but that’s of no more importance than, say, a regional voice. It doesn’t make something automatically better or worse. It’s something that can be taken advantage of in some situations. But it is, I repeat, neither better nor worse. It is not more or less suitable for consumption by a specific gender.

Genre...now genre I can understand. I don’t do romance. I might have mentioned that before. Of course, I have read almost every Anne McCaffrey book ever written. But they’re not romances, you understand. They’re all sci-fi and fantasy. Spaceships and Dragons.

One of my favourites - The Ship Who Searched - is a story all about mecha-conversion; a girl becomes a spaceship after an illness which strikes down her physical body. Encased in the shiny shell, the girl grows and becomes a woman who experiences the world through her ship’s sensors. She works in a team with a normally able assistant who happens to be male. And yes, they might end up kissing by the end of the book, but it’s definitely not a romance, right?

The Ship Who Searched.  It's got a spaceship and weird viruses.  Definitely not romantic either.

When Deb told me that World Book Night was targeting men, she asked me how they’d achieve this. Being in a funny mood, I answered;

"World Naked Book Night? Or will they engrave a novel on an engine?"

These are sensible suggestions in comparison. You don’t make men feel more able to read by saying;

"Yeah, you’re right to be suspicious - if you read just anything, you might end up getting girliness in your eyes. But stick with us kid, and it’ll be pure testosterone we wire into your cortex."

And all this comes from such a dodgy set of statistics. 42% of men don’t read for pleasure. I know for a certainty that my father would say he doesn’t read for pleasure. And yet I’ve seen him sit with Woodworking Weekly for a good two hour stretch at a time. He will read the articles, ranging from simple instruction through to pretty deep biography and philosophy.

When Deb and I collected our consumption of literature last year, she read many more novels than I did. However, I got through more magazines, more instructional blog posts etc.  There is a lot more to a life of words than just novels.


Finally, I think it’s important just to emphasise this - Deb is a writer. In fact, she’s the best writer there is. And she’s a dudette. Anyone, even if they have chest hair, breasts, an overgrown sense of entitlement or tights - ANYONE should be able to enjoy her work.

For better constructed and less ranty examinations of this travesty, see The Shandy Media Project and For Books' Sake
Posted by Stephen at 11:06